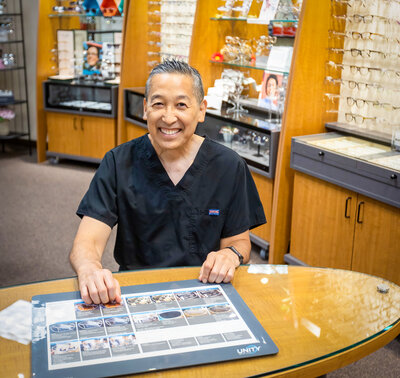 His primary interest in optometry centers upon preventative eye care. Doctor Kageyama has a special interest in difficult to fit contact lens cases as well as in the management of chronic dry eye conditions. He is Glaucoma certified and is licensed in the use of diagnostic and therapeutic pharmaceutical agents.

Doctor Kageyama is a Fellow in the prestigious American Academy of Optometry. He became a Fellow in 2014 following an arduous qualifying process. This process included submission of multiple written presentations which were peer reviewed by leading Doctors of Optometry. There was also a required oral examination in front of a leading panel in order to obtain Fellowship status. Less than 10 percent of the Optometrists ever become Fellows in the Academy.

In his spare time, Doctor Kageyama enjoys reading, working out, and fishing. 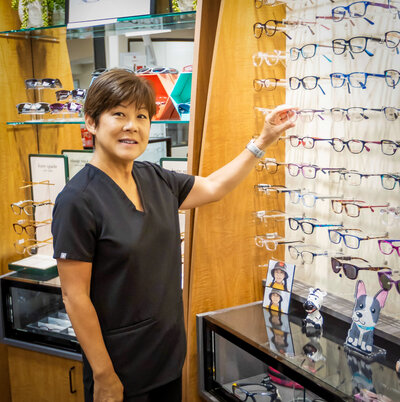 Doctor Tamai also received her Doctor of Optometry degree from Southern California College of Optometry. She holds a special interest in children's vision care. She thoroughly enjoys providing personalized eye care to all her patients.

Doctor Tamai is active in the local Elk Grove running community. She successfully completed her first marathon in 2015. She also enjoys knitting in her spare time.

We look forward to hearing from you!